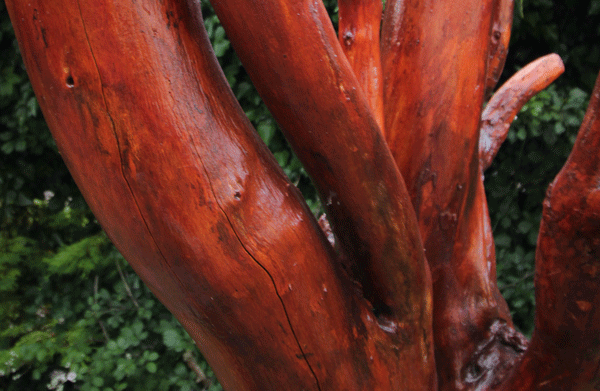 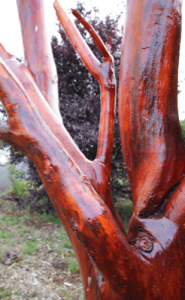 Perhaps due to some aggressive pruning …but more likely due to Chalara (a disease affecting Ash trees)….an ash tree died in our front garden. The symptoms were fewer and fewer drooping leaves followed by lesions in the bark on the main trunk and larger branches.

I had always marvelled at the beauty of chunks of wood polished up and preserved and wondered if I could do the same ‘in situ’….ie preserve the tree as a garden sculpture for as long as possible until presumably it gets digested from within by creatures a lot smaller than you or I.

Step 1 – Remove the bark from the tree. This was simple enough due to the perilous state of the tree. 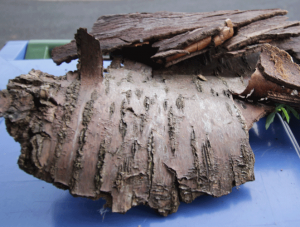 The next step was to clean up some of the underlying damage that had eaten up the soft tissue between the bark and the much harder inner core. This was acheived by using scraper / chisel firat followed by steel wool etc.  In some sort of attempt to slow down attack on the now fully exposed inner structure I doused the inner tree with Wood Preservative to kill off whatever was already munching away. 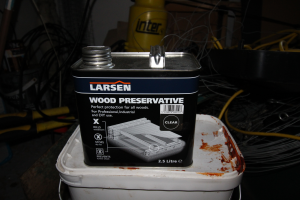 You must understand at this point that no knowledge is on display here…only a willingness to spend a few hours up a ladder scrubbing and painting the wreck of a tree to see what modern chemicals can do to maintain whats left of the tree. 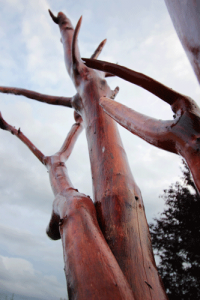 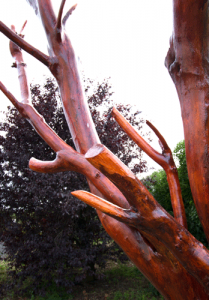 Some Carving of Branches 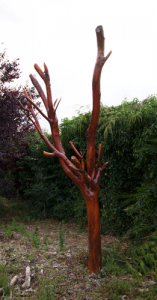 So this is what the ‘sculpture’ looks like now. Some shaping of the branches into pseudo points but little done to the stumps of the larger pieces of surgery to remove badly decaying branches. After the wood preservative the tree was coated 3 times with a thick exterior varnish with a slight stain to warm up the appearance. This was done a few weeks back and everything is looking good so far. (April 2016) My guess is that we will only be able to judge any kind of success in another few months and who knows …maybe even years.

Alternatives to stain and varnish could of course be paint as some people have done in the States to cheer up the citizens when lots of trees have been lost to disease.

I think it looks good, though my wife for one thinks I’m mad. What do you think and by the look of the neighbouring tree some twenty feet away …I imight have the opportunity to try something else next time around. Any ideas? 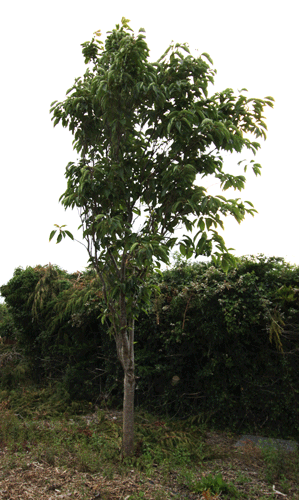 Some evidence of attack.